For decades, traditional drug discovery has used natural product and synthetic chemistry approaches to generate libraries of compounds, with some ending as promising drug candidates. A complementary approach has been to adopt the concept of biomimicry of natural products and metabolites so as to improve multiple drug-like features of the parent molecule. In this effort, promiscuous and weak interactions between ligands and receptors are often ignored in a drug discovery process. In this Emerging Concepts article, we highlight microbial metabolite mimicry, whereby parent metabolites have weak interactions with their receptors that then have led to discrete examples of more potent and effective drug-like molecules. We show specific examples of parent-metabolite mimics with potent effects in vitro and in vivo. Furthermore, we show examples of emerging microbial ligand-receptor interactions and provide a context in which these ligands could be improved as potential drugs. A balanced conceptual advance is provided in which we also acknowledge potential pitfalls-hyperstimulation of finely balanced receptor-ligand interactions could also be detrimental. However, with balance, we provide examples of where this emerging concept needs to be tested. Microbial metabolite mimicry is a novel way to expand on the chemical repertoire of future drugs. The emerging concept is now explained using specific examples of the discovery of therapeutic leads from microbial metabolites. 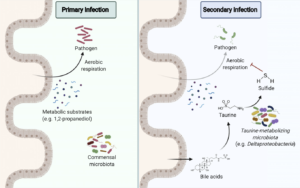 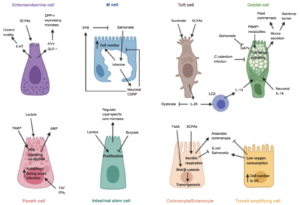